What is the NCS System?

How do you ensure that your supplier or customer pictures a particular forest green colour exactly the same way that you do? The NCS system helps you communicate colours in a way that everyone understands.

NCS, Natural Colour System is a logical colour system which builds on how the human being sees colour. Colour is what we see, a subjective visual sensation. To characterize a colour you therefore have to describe what you see. How the colour is mixed, as well as the measurement data, is necessary for production, but to communicate with the customer you need a system in the way people see colours. A notation represents a specific colour percept and says nothing about what pigments, lights rays or nerve signals that have been given rise to this perception. This makes it possible to describe the colours of all surface materials and ensure that the colours turn out exactly as you want them to

The foundation of our products is the NCS – Natural Colour System®© – the cross-industry colour system used around the world for colour communication between designers and manufacturers, retailers and customers. Since the NCS system is based on how we perceive colours visually the system allows you to describe any imaginable surface colour and be given a NCS-notation. This has made the colour system a global standard for the definition, quality assurance, and communication of colour.

WHO IS THIS FOR?

The NCS system is used by architects, designers, and material manufacturers, the colour industry, product manufacturers, and retailers the world over.

WHY USE THE NCS System?

The NCS system gives a unique opportunity to communicate colour between all those involved in a colour process, to ensure that the end result is precisely as it should be.

Beginning with the elementary colours, it is possible to construct a three-dimensional descriptive model called the NCS colour space, which includes the whole colour world and makes it possible to describe any conceivable colour percept. All imaginable surface colours can be placed and thus be given an exact NCS-notation. For the sake of clarity, it is usually shown in two projections – the colour circle and the colour triangle. 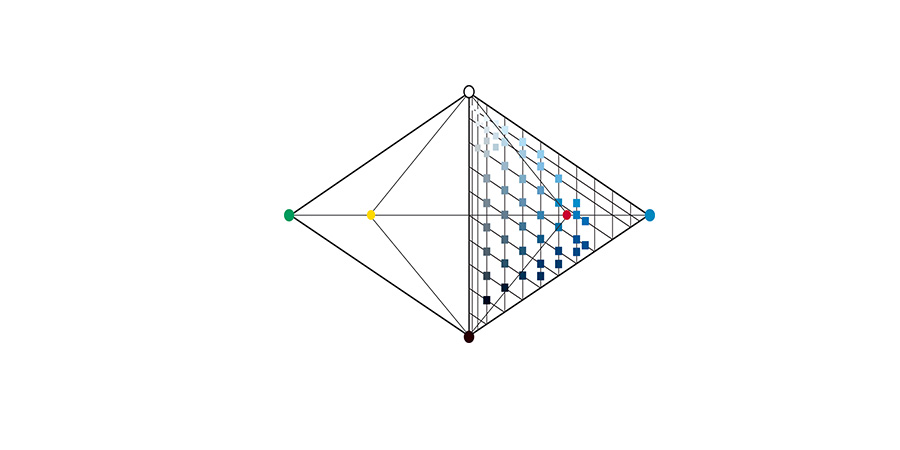 By taking a horizontal view through the colour space, we see this circle where the four chromatic elementary colours yellow, red, blue and green are placed like the points of the compass with the space between them divided into 100 equal steps. 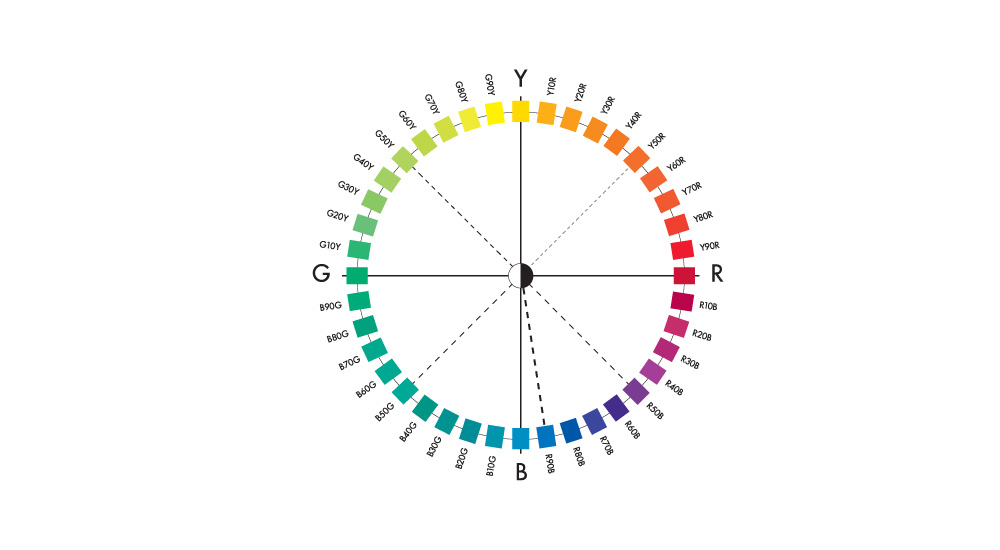 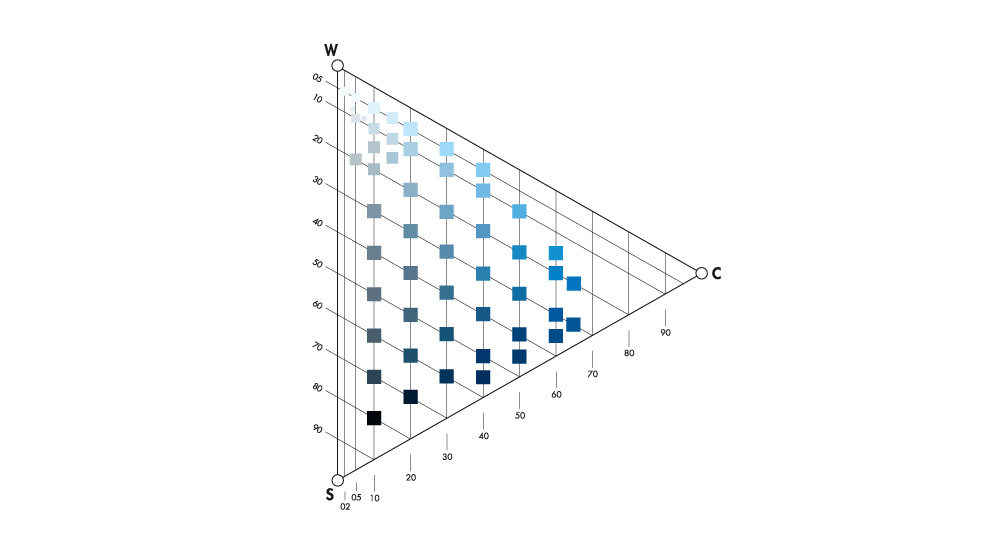 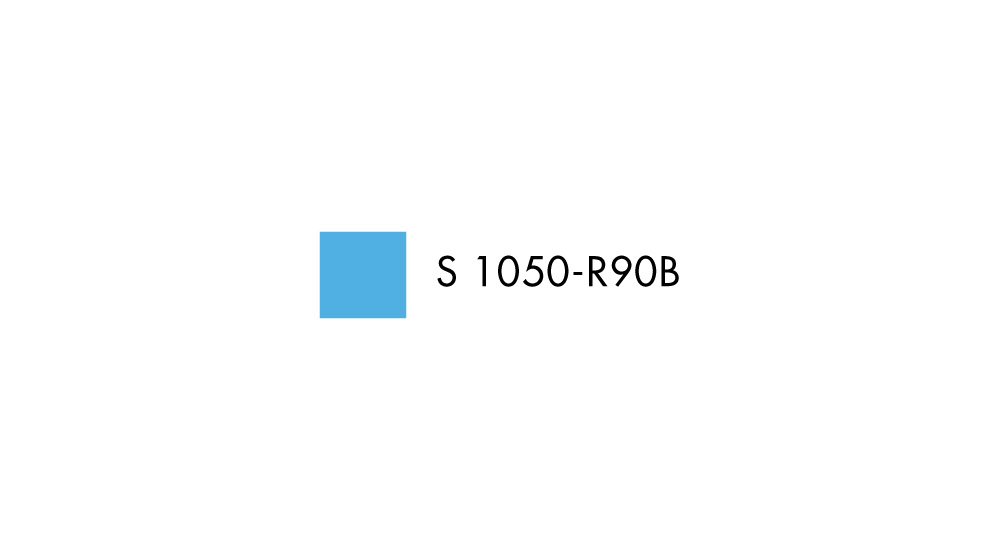 S means that the colour is part of the visual selection of NCS 1950 standard colours, which illustrates the NCS System. The first part of the code (e.g.) 1050 describes the nuance of the actual colour R90B.

The second part of the NCS notation, e.g. R90B, is the hue, which can be described as the position within the NCS colour circle. Code R90B is a reddish blue colour described as:

The same colour must be possible to produce on different materials and products from different manufacturers. The function of the exact colour is very important. This can be everything from the colour of emergency exit signs, colour marking of needles within the healthcare segment to the colour of our Swedish flag. What all of these examples have in common is that the colours must be the same regardless of manufacturer in order for people to recognise them. This is made possible by national and international standards that authorities and industries mutually agree on, and which describe the colours in a precise and unambiguous way. (SIS, ISO, CEN and CIE are some of the most important standardisation organisations).

NCS is a standardised colour communication system with its colour notations and accurate colour samples that provide the industry with the tools needed in order to always achieve the right colour on significant products.

The NCS System and its colour samples are standardised in Sweden and several in several other countries (see list below). Furthermore, the NCS Notations are used in countless standards and instructions for accurate colour specification.

We use cookies to enhance your experience. By continuing to visit this site you agree to our use of cookies. More info

Download your NCS Article by filling out the form.

Do you really want to cancel your subscription?